Entertainment Tonight is a daily tabloid entertainment television news show that is syndicated by CBS Television Distribution throughout the United States, in Canada and in many countries around the world. Linda Bell Blue is currently the program's executive producer. The program makes the claim that it is "the most watched entertainment news magazine in the world". It is the longest-running entertainment news program, with its first broadcast on September 14, 1981, and was the first syndicated program distributed via satellite. Mary Hart served as the show's primary anchor from 1982 until her departure on May 20, 2011. Mark Steines and Nancy O'Dell took on the roles of primary hosts of the show once Hart left. O'Dell took on the role as sole host of the show after Steines left the show on July 27, 2012. Rob Marciano became Nancy O'Dell's permanent co-host on January 7, 2013. It was announced on January 30, 2006, that Entertainment Tonight was renewed through the 2011–2012 season, which was the show's 30th season. On September 8, 2008, Entertainment Tonight began to air in high definition with the move of the program from their longtime home at Stage 28 on the Paramount Pictures studio lot to Stage 4 at CBS Studio Center, one of the final steps involving the incorporation of Paramount's former syndication arm, Paramount Domestic Television, into CBS' distribution arms and the adoption of the CBS Television Distribution name, which all took place following the breakup of the original Viacom in 2005. 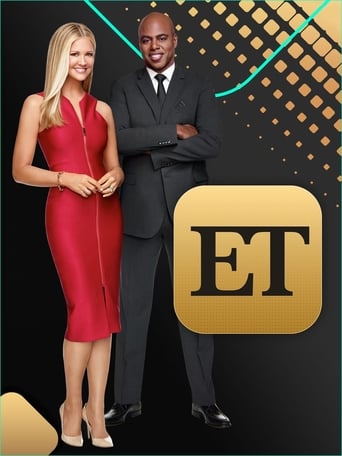