The Second Coming is a two-part British television drama first screened on ITV in the United Kingdom in February 2003. It concerns the realisation of Steve Baxter that he is in fact the Son of God, and has just a few days to find the human race's Third Testament and thus avert the Apocalypse. It was written by Russell T Davies, and produced by the independent Red Production Company. The programme was originally commissioned as four one-hour episodes by Channel 4 in 1999; however, when new executives took over running the drama department at that channel, they decided not to pursue the project. Davies and Red's founder Nicola Shindler took the project to the BBC, who quickly turned it down; it found a home on ITV, a channel that had gained a reputation for producing mainstream, unchallenging, "middle-of-the-road" drama in recent years. Screened over two successive evenings in prime time on Sunday and Monday, 9–10 February 2003, The Second Coming gained viewing figures of over six million. Davies, who is an atheist, has said his intention was to provoke debate and get people thinking about religion. 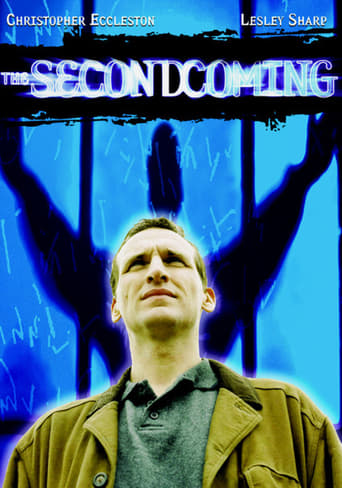 Nude and Sexy Videos from The Second Coming