In the Initech office, the insecure Peter Gibbons hates his job and the abusive Division VP Bill Lumbergh that has just hired two consultants to downsize the company. His best friends are the software engineers Michael Bolton and Samir Nagheenanajar that also hate Initech, and his next door neighbor Lawrence. His girlfriend Anne is cheating on him but she convinces Peter to visit the hypnotherapist Dr. Swanson. Peter tells how miserable his life is and Dr. Swanson hypnotizes him and he goes into a state of ecstasy. However, Dr. Swanson dies immediately after giving the hypnotic suggestion to Peter. He dates the waitress Joanna and changes his attitude in the company, being promoted by the consultants. When he discovers that Michael and Samir will be fired, they decide to plant a virus in the account system to embezzle fraction of cents in each financial operation into Peter's account. However Michael commits a mistake in the software and instead of decimals, they steal a large amount.... 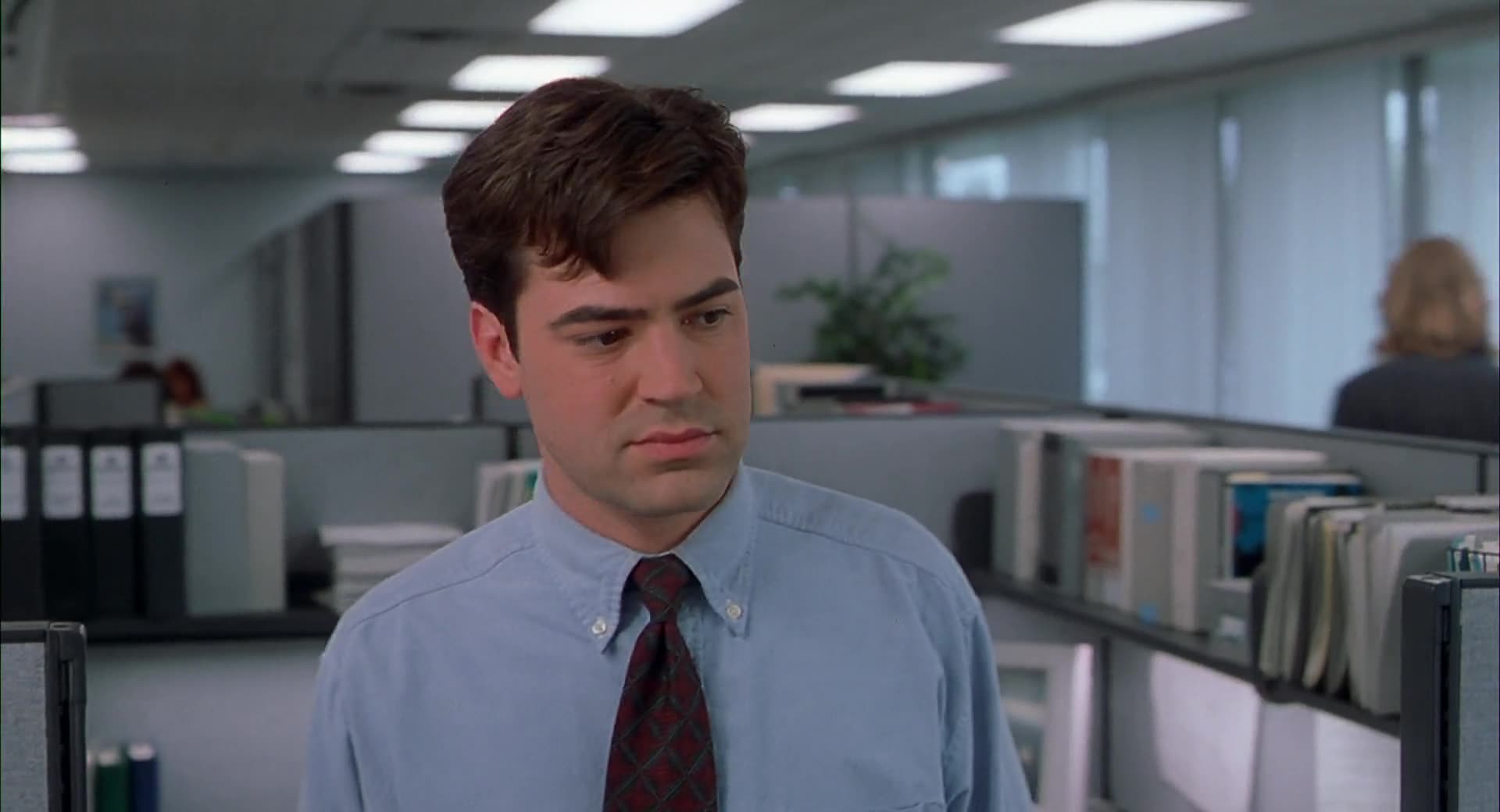 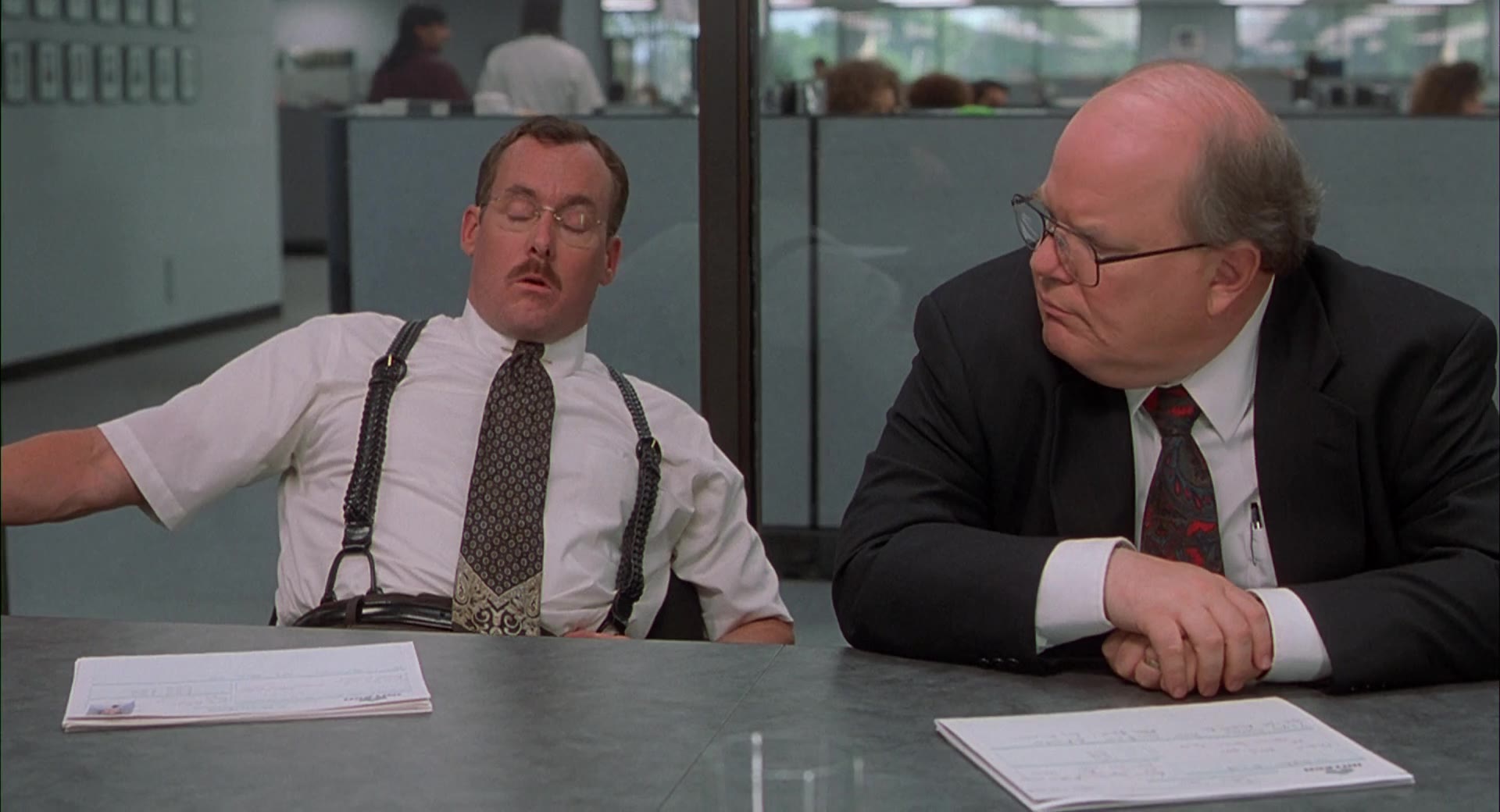 How to ace an interview - Management materiel 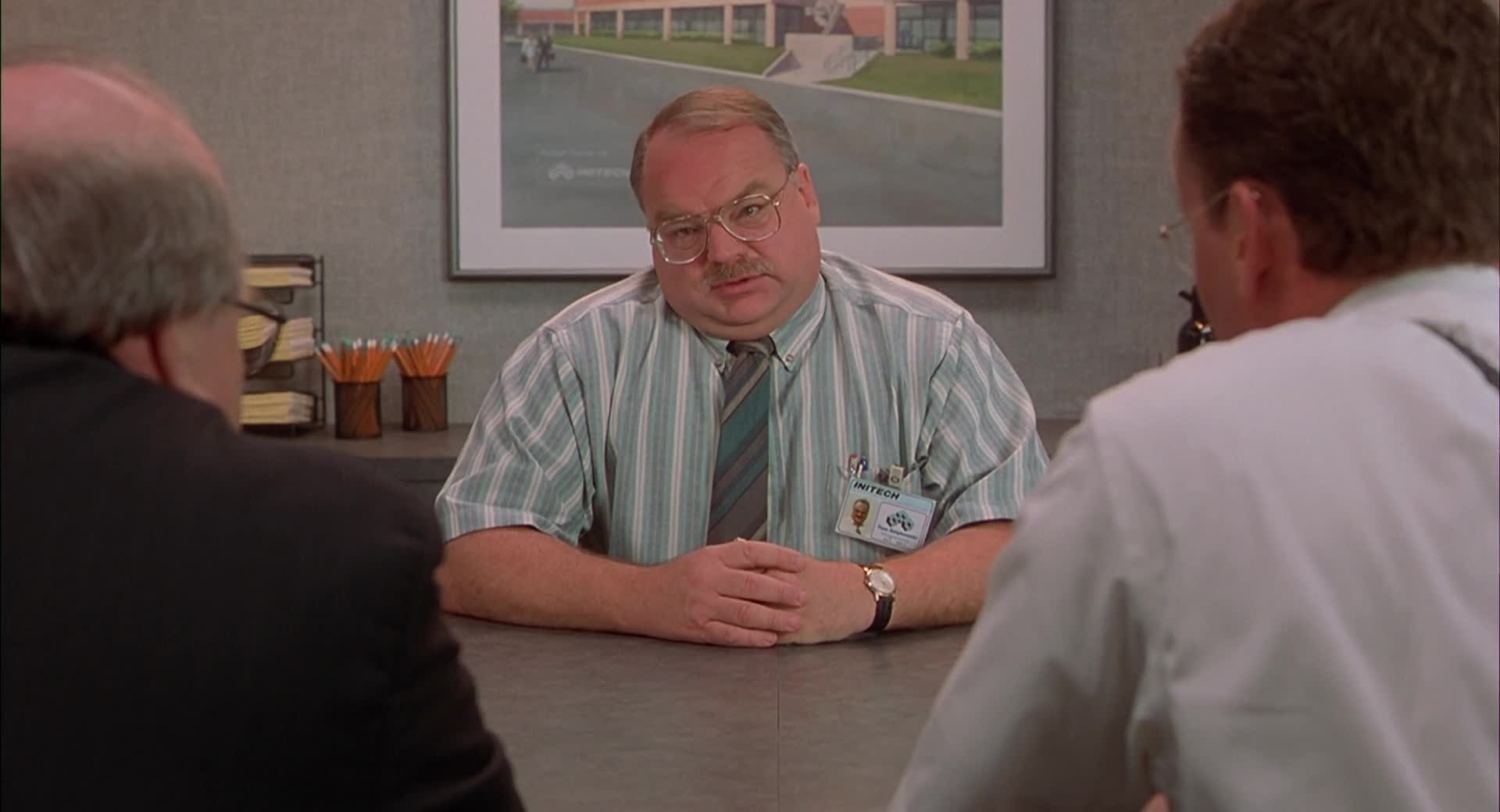 What do you do here?